Improve the Look of Your Legs With Varicose Vein Treatment

Your initial Varicose Vein consultation with Dr. Mano Shanaa will be the first step toward reaching your aesthetic goals. During the meeting, a complete medical history review will take place and a physical examination will be performed. Pictures will be taken for comparative purposes. Dr. Mano will listen to your concerns and talk with you about your specific goals. He will let you know where you need Asclera®️ and about how many injections you will need.
All of your questions will be answered. Every step of the Varicose Vein treatment process will be explained to help you make a decision. Dr. Mano will be happy to discuss other treatment options if he feels they will be more beneficial for your individual goals. Your Varicose Vein treatment can be performed the day of your initial consultation or at a date and time that is most convenient for you. 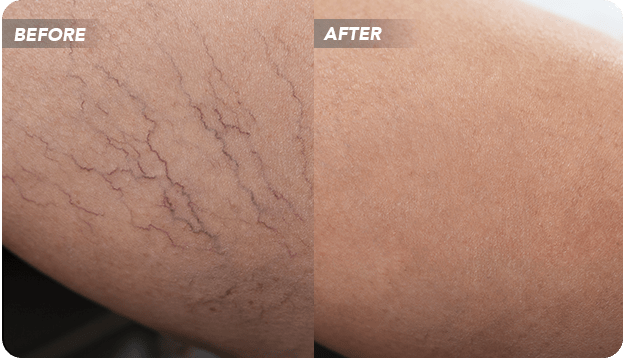 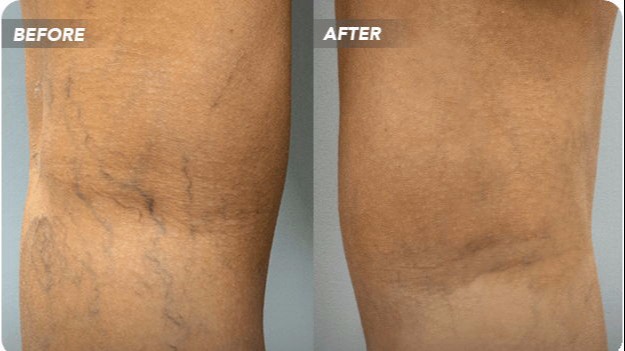 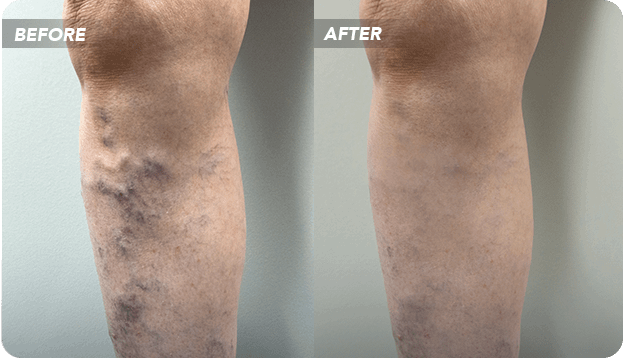 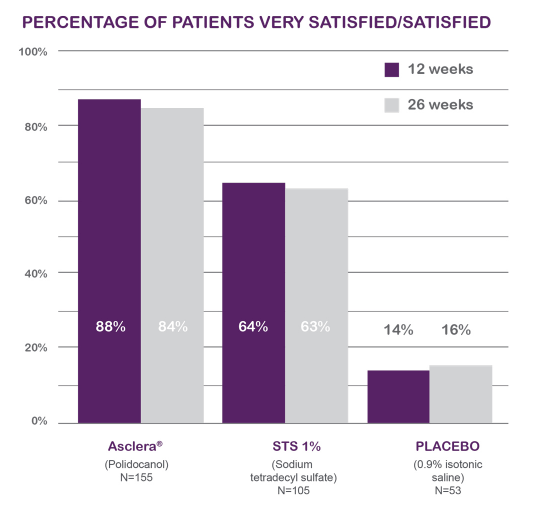 Asclera® (polidocanol) Injection is a prescription medicine that is used in a procedure called sclerotherapy and administered by a healthcare provider to treat two types of veins in your legs.
* Uncomplicated spider veins (very small varicose veins ≤ 1 mm in diameter)
* Uncomplicated small varicose veins (1 to 3 mm in diameter) known as reticular veins 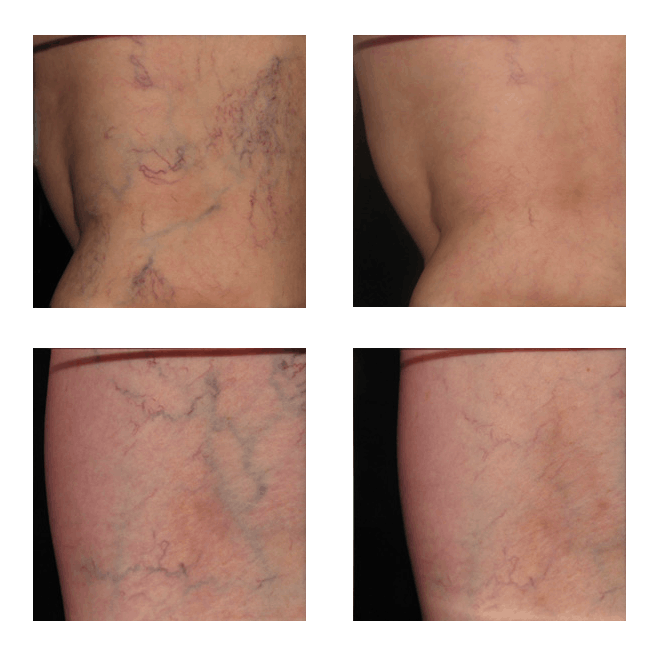 Why should I ask for Asclera® by name?

The Asclera® difference is in the quality and consistency of the medicine. When your provider uses FDA-approved Asclera®, you can be assured that the drug was created using strict quality controls. In addition, Asclera has been studied in patients and has been evaluated for its safety and effectiveness.
Conversely, compounded medications like non-Asclera® polidocanol are not approved by the FDA. They have not been evaluated or verified for safety or effectiveness. In some cases, the drug may have even been created in unsanitary conditions. Recent FDA investigations1 have shown that poor compounding practices can result in serious drug quality problems, such as:
* contamination
* too much or too little of the active ingredient
* additional ingredients that you may not be aware of
Be sure to ask your provider for FDA-approved Asclera® for treatment of your spider veins in your legs.
FDA has said: “Our goal will be to make sure that patients do not receive compounded drugs unnecessarily when an FDA-approved drug is appropriate to meet their medical needs.” 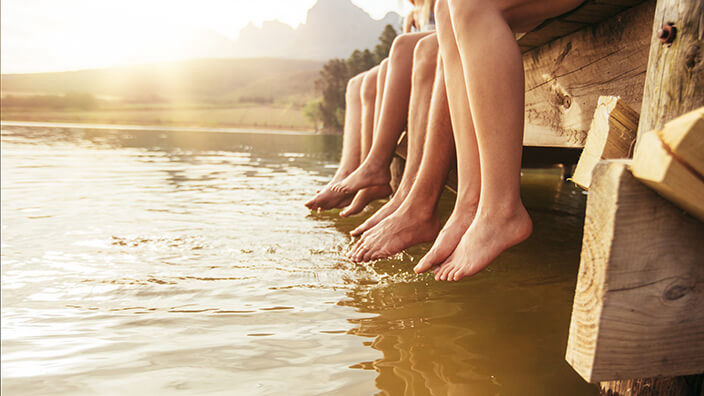 How often do I need treatment to see results?

The number and frequency of treatments depends on the size of the vessels and their location. Ask your provider about an individualized treatment approach that is right for you.
How does Asclera® work?
Asclera® is a sclerosing agent that is injected into the vein. It works by damaging the endothelium, the inside lining of blood vessels. This causes blood platelets and cellular debris to attach to the lining of the vessels. Eventually, cellular debris and platelets cause the blood vessel to clot. Over time, the clotted vein will be replaced with tissue.
How satisfied are patients who use Asclera®?
88% of clinical study patients were satisfied or very satisfied with their Asclera® treatment after 12 weeks.2,3 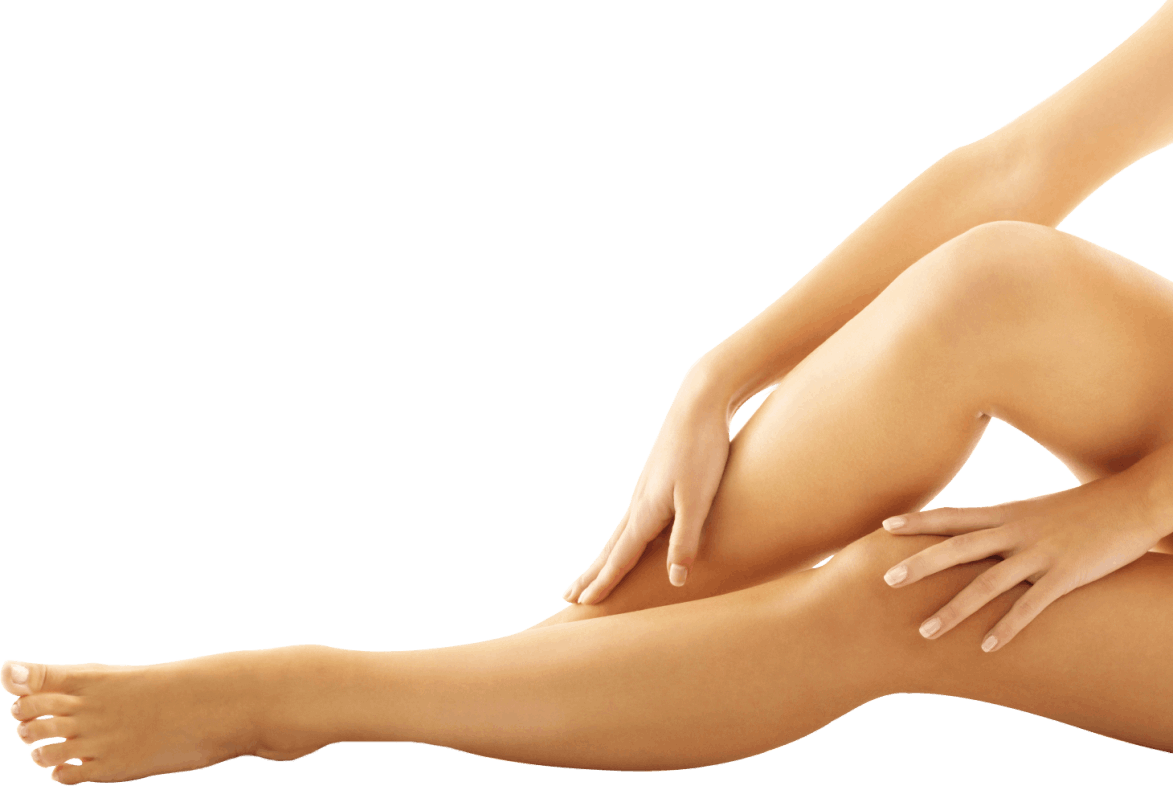 How long is each Asclera® session?

A typical session lasts 15 to 45 minutes. Generally, 1 to 3 injections may be necessary to treat a given spider or reticular vein. Repeat treatment sessions may be necessary. Any additional treatment sessions are usually separated by 1 to 2 weeks.
What should I expect after being treated with Asclera®?
Following treatment, you’ll need to wear compression stockings day and night for 2 to 3 days, then for 2 to 3 weeks during the daytime, as directed by your provider. Compression stockings are designed to apply pressure to your lower legs, helping to maintain blood flow, and reduce discomfort and swelling. Compression helps your legs heal and is necessary to reduce the risk of deep vein thrombosis.
Treatment
Compression Hose: Length of Wear
Spider Veins
2-3 days
Reticular Veins
5-7 days
You should also walk 15 to 20 minutes immediately after treatment and daily for a few days.
Are there activities I should avoid after receiving an Asclera® Injection?
For 2 to 3 days following the treatment, avoid:
* Heavy exercise
* Sunbathing
* Long plane flights
* Hot baths, hot tubs, or saunas
Be sure to ask your healthcare provider if you are uncertain about any activities you should avoid post-procedure.
Are there any possible side effects to Asclera® treatments?
Temporary side effects may occur at the site of the injection, including:
* Bruising
* Raised red areas
* Small skin sores
* Darkened skin in the form of lines or spots
* Multiple tiny red blood vessels
These side effects usually go away within a few days to several weeks. Some side effects may take months or years to resolve.
Although rare, some individuals may experience serious side effects, which may require treatment. These can include:
* An allergic reaction. Severe allergic reactions have been reported following polidocanol use, including anaphylactic reactions, some of them fatal. Severe reactions are most frequent with use of larger volumes (> 3 mL). The dose of polidocanol should therefore be minimized. A provider should be prepared to treat anaphylaxis appropriately
* In rare cases, formation of small “burns” or ulcers form, usually due to leakage of Asclera® into the skin. These will heal in time but may leave a scar
* Inadvertent perivascular injection of Asclera® can cause pain. If pain is severe, a local anesthetic (without adrenaline) may be injected
Is there any reason I should not be treated with Asclera®?
You should not be treated with Asclera® if you:
* Have a known allergy to polidocanol
* Have an acute vein or blood clotting (thromboembolic) disease
* Are pregnant or nursing
Be sure to tell your provider about all the medicines you are taking, including prescription and nonprescription medicines, vitamins and herbal products.

What are Spider Veins?

Spider veins are tiny dilated blood vessels visible on the skin. They are called spider veins, because they frequently resemble spider webs in their appearance. They range in color from blue to red, tend to pop up around the ankles, and may also be found on the legs, face, and hands.

Spider veins are a result of increased blood pressure in the venous system, which is usually a low pressure system. As the pressure increases in the venous system, the pressure causes veins to dilate, then increase in size. There are valves throughout the veins in the legs that keep the blood flow moving against gravity, towards the heart. As we age, our elastic tissue becomes less elastic, and the increased forces of pressure on the valves overwhelm them, and they become incompetent. When the valves fail, this causes a further increase in pressure and blood pooling in the legs which becomes a vicious cycle of increased pressure and further venous distention.

Who Can Get Spider Veins?

Studies show that 60-80% of the population has spider veins, and women are slightly more predisposed to having them. Beyond women, individuals in professions that required extended periods of standing or sitting are also at increased risk.

Several systemic illnesses are related to spider veins. Most commonly, underlying chronic venous insufficiency is the culprit, but they can also be the result of trauma, chemotherapy, autoimmune disorders, and corticosteroid administration.

Spider Veins: What are Your Treatment Options?

The best treatment for spider veins is sclerotherapy, and it usually takes 1-2 months (and several treatments) for the veins to disappear. Other treatments include laser treatment, but sclerotherapy is much more effective and less costly.

Treating the underlying venous will not prevent the spider veins from ever coming back, but it will significantly slow their progression. 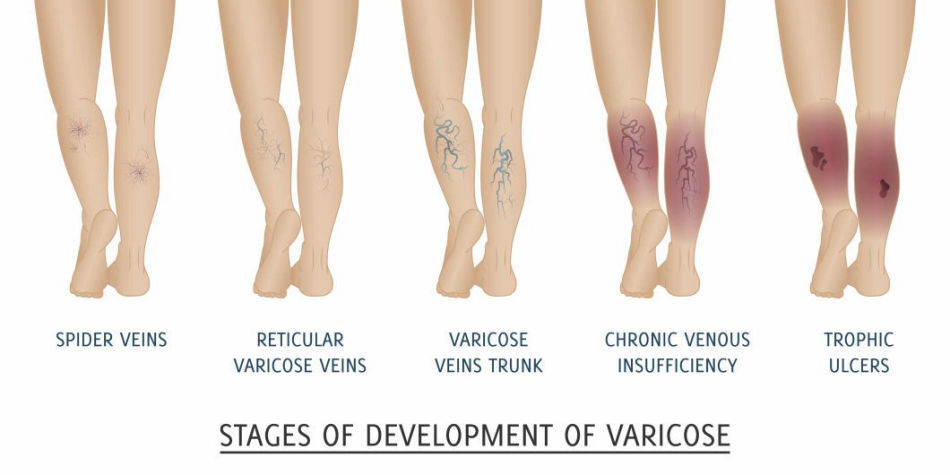 We would be extremely grateful if you left us a 5-Star review.